It all started with a flood in the basement of their North Uplands home. The sudden impetus to renovate and reconfigure was like pulling a thread for homeowners Bruce and Janice Moore. After the basement, they tackled the windows, the exterior stucco, and the garage … And then their vintage 1976 kitchen — with its eight- foot-high coffered ceilings, dark wood cabinets and yellow melamine countertops — found itself squarely between the crosshairs.

“We had this construction crew here doing some other stuff, so we decided to rip down the old kitchen and do it right then and there,” explains Janice. They had to live with a hole in the ceiling and the space completely open to the elements for a time, but a new design from their interior architectural designer Markus Ludwig would finally give them the open and light-filled kitchen the family of four was after.

Vaulting the ceiling and adding skylights transformed the once dungeon-like space completely. “I really like the natural lighting; you don’t even have to put the lights on a lot of the time,” says Janice. The skylights, connected to solar panels, also open and close automatically. And in a nod to Passive House principles, they were strategically positioned to pull air out, cooling temperatures and replacing the air naturally, without the need for complicated HVAC or air recovery systems.

“It’s such a simple way of keeping the house naturally cool and keeping fresh air, but it’s a technology that’s been around for thousands of years,” says Ludwig, citing heat chimneys in the Middle East that would rise up out of buildings to catch the wind. The skylight sensors also measure CO2 levels, temperature and are rain sensitive, closing at the first sign of a West Coast shower.

Taking in the off-white quartz countertops, it’s easy to miss another subtle design evolution, if you’re not looking closely. “With Bruce and Janice, I loved their openness to accept outside-of-the-box ideas,” says Ludwig, who convinced the homeowners to replace the standard stovetop with individual, and removable, induction plates.

“You can just take these little induction cooktops out of a drawer when you need them and put them away when you don’t,” says Janice. It’s an unconventional move that has opened up so many possibilities.

“The idea that you could cook under a large hood fan and do your own meals is quite interesting,” says Ludwig, who has seen this idea emerging in Europe. “It takes the work off of one person to create all the meals, it allows people to cook and socialize with one another, and then when you strike it all away, you have this beautiful, clean, expansive counter that can be used for anything, like laying out a buffet for a large crowd.”

It was a risk, but the homeowners have embraced it. “It’s more versatile than always having a cooktop,” says Janice. “It’s just a very clean and simple kitchen,” agrees Bruce. And it makes a lot of sense considering the Moores, along with so many other families, often use appliances like rice cookers, Instant Pots, air fryers, electric kettles and the like, which don’t require an element at all. “It’s a bit of a mind-bender, but I do believe that one day, this is one of the things going forward,” says Ludwig.

For the extensive custom millwork, awash in Benjamin Moore’s Newburyport Blue, Ludwig worked closely with designer Shawn Richardson of Incredible Home. The open shelves measured to house two copper pots, the beefy three- inch thick framing around a frosted glass door and the Baltic birch cupboard boxes and inserts. They are just a few of the very specific details that were “lovingly curated” months before the millwork started, explains Richardson.

“Every inch of the space has been used to its maximum,” says the Incredible Home designer, which includes millwork doors that were hand scribed to fit the angles of the vaulted ceiling perfectly.

Getting light into the kitchen was the homeowners’ top priority, so it almost seems paradoxical to opt for a palette that’s predominantly a deep navy with flourishes of off-white, but this is just further evidence of a good design gone to plan.

“I like the blue,” says Janice. “I like sitting in the family room and looking back at it; it’s very subdued and anchored. You’re not looking at this big, bright white kitchen. It’s just a very calming kind of space to look at.” 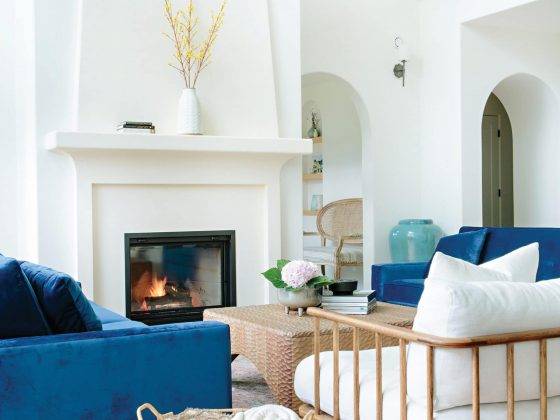 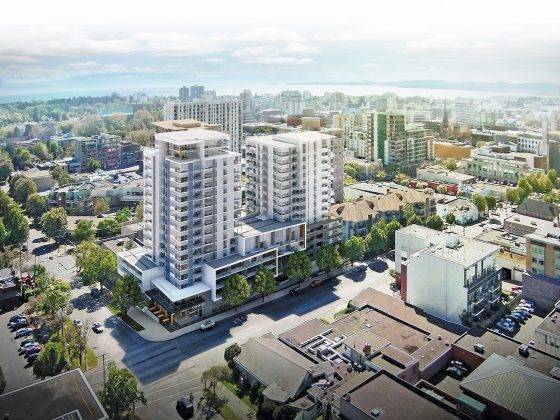 What You Need to Know About Strata Insurance