With its West Coast touches, this Gordon Head luxury home blurs the line between the indoors and the outdoors.

Douglas and Brenda MacAskill were living overseas when they made the choice to retire in Victoria. They’d lived here in the 90s and loved the ocean atmosphere, space and accessibility to town. So, when they found a waterfront property in Saanich, they knew it was almost perfect.

“The location and view were paramount,” says Douglas. “You have almost total privacy despite the fact that you’re only a couple of kilometres from UVic. It’s unique because there’s a park on one side and a neighbour on the other with an acre and a half of land. It feels very spacious.”

Though the property itself captured them, when it was time to make the move, they decided to start from scratch with a complete rebuild for their home.

“We wanted to get closer to the water and there is a plateau on the property, so we wanted to get down to that vantage point,” says Douglas. “The footprint of the house is based on the original, but with modifications that took better advantage of the contours of the property.”

The new 6,800-square-foot house features five bedrooms, eight bathrooms, a self-contained suite and four distinct outdoor living spaces, including a rooftop patio. With a modern, contemporary design and curved living room facade to take advantage of the view — not to mention the home’s 17 skylights — the result is a living ocean environment.

“Where we were located in the Middle East, you really don’t go outside, so we wanted to take full advantage of the outdoors and all the beauty here,” says Brenda. “We loved the property, but it wasn’t exactly our dream home so we made something that would be.”

The couple hired Tim Agar, owner and principal of Horizon Pacific Contracting, who worked with architect Jonathan Aitken to see their vision to fruition.

“We really tried to blur the lines between indoors and outdoors with this build,” says Agar. “There was a constant collaboration between these two things: you could walk out from the lower level to the big pool, deck and spa in only a few steps. With where the home is sitting, it feels like you’re literally hanging over the ocean.”

Agar says the property came with its own set of challenges, as expected for a rock-facing coastal home — including the mountainous cliffs that had to be blasted to put in a switch-back driveway to get to the home’s new lower location, 80 feet down from the entry of the property.

Bringing material down to the new site and building from back to front meant complex decisions had to be made in specific order.

The home also features two custom elevators: one that takes guests up to the third-level breezeway to the rooftop patio, and one from the garage that moves vehicles from a subterranean level to the above-grade garage.

“The greatest accomplishment of this build is the fact that Douglas and Brenda were happy that it turned out the way they wanted it,” says Agar. “It’s always a big accomplishment when you have two people who have spent their own careers in construction and you give them something to be extremely proud of.”

Because the couple held differing design ideologies, interior designer Sandy Nygaard supported the execution of the millwork drawings and the technical interior design. The result was an open-concept West Coast motif that welcomed in the surrounding environment.

“The best thing you can do when fusing two design visions is listen to everyone’s needs when it comes to the use of the spaces,” Nygaard says. “Sometimes, it takes more than one iteration to nail down the specific desires, then you find the way to massage it and adapt the plans.”

Brenda and Douglas agree that Nygaard simplified the process to an exacting standard.

“Sandy was able to tweak the design without having to go back through more construction,” says Brenda. “We wanted to make this house one that our parents could visit or maybe stay, and one that would welcome our kids. My wish was that it would be functional and easy to keep clean, and Sandy helped with that. Despite its size, it has a good human scale.”

Brenda says her favourite spot in the home is the laundry room: more than a place to fold clothes, she transformed it into a mini gallery full of her kids’ art.

Douglas appreciates everything from the outdoor spaces to the living room, but notes that the garage is of special importance for his car collection. That, and the home’s overall style.

“A lot of people say this house is like living on the water or being on a cruise ship,” he says. “We even coloured the pool to match the sea. The curved facade was on my wish list from the get-go, and it creates a real flow. People disagreed with me but I insisted, and I love the end result.” 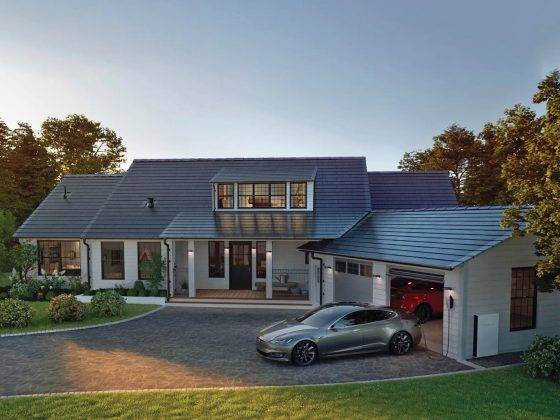 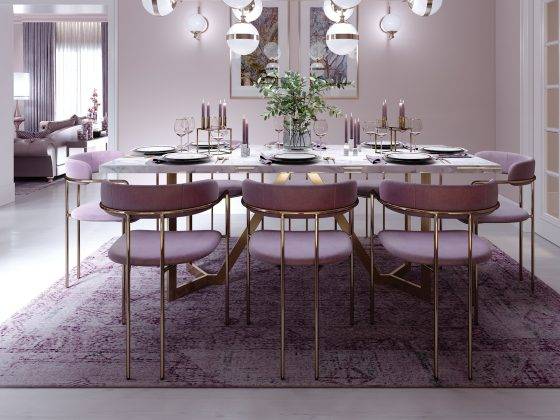