“Why don’t you shut your eyes and tell me what your dream kitchen looks like.”

That’s what homeowner Judy Copithorne recalls of her initial meeting with Jack Bell, owner and designer at Thetis Cove Joinery, as they planned her big kitchen renovation.

With carpenter’s pencil and scrap paper in hand, Bell sketched as Copithorne gave voice to her vision for a Tuscan kitchen. “I wanted my kitchen to feel warm and inviting — a cozy place to visit with my grandkids,” Copithorne says. “The type of space that gains more character with wear.”
She had been convinced a Tuscan-styled kitchen would not work with the rest of her cookie-cutter townhome — until her renovation team from Falcon Heights Contracting arrived at the scene.

“Judy wanted a Tuscan kitchen, so to create continuity with the rest of the home, we incorporated small Tuscan details throughout and tied the space together,” says Josh McCulloch, site foreman with Falcon Heights.

This goal was achieved with a focus on details, luxurious elements and an earthy colour palette that suited a Tuscan esthetic. Ornate patterns were used in the millwork and polished Sea Pearl quartzite forms the smooth countertop surfaces.

Perfecting the Details
With its elevated esthetic, it was a trickier project than one with a typical contemporary framework. In order to avoid any large-scale issues down the road — such as architectural details not fitting seamlessly with the millwork —McCulloch and his team had to get creative. This included building life-sized mock-ups of the crown moulding and other intricate components, so they could see if these elements would actually work in the space.

“Mistakes are amplified when you have numerous detailed components all coming together,” McCulloch says.

Along with the intricate build elements, another big challenge was that this extensive renovation was being done in an older townhome. To work within the existing structures, the project team had to get innovative when planning which areas of the wall to open up. They also had to carefully consider the materials used, so the new work would harmonize with the areas that were not being updated.

All in the Pre-Planning
When preparing for a renovation of this size, McCulloch says the most important thing you can do is pre-plan as much as possible — from budget and timeline to layout and materials.

“The more information you can have going into the project, the easier it will be when you run into the surprises that inevitably come with a renovation as extensive as this,” he says.
The second vital thing, according to McCulloch, is to plan on moving out of the house during construction. The noise, clutter and overall chaos of being onsite during a major renovation can be stressful for a homeowner.

McCulloch believes if all essential planning is done ahead of time, there really is no need for the homeowner to be at hand during the project build — more planning also leaves less room for adversity to arise.

From a homeowner’s perspective, there are a couple different areas to be cognizant of when preparing for your build. Copithorne says the top priority is to find a really good builder.
“Find a contractor you can really respect and trust,” she says. “Trust them enough that anyone they bring into the project will have similar values.”

Lifestyle First
Another big takeaway for Copithorne was: “If you can afford it, hiring a talented millworker to custom design your kitchen is well worth it.”

This can be very beneficial to the outcome of your kitchen and goes well beyond the look. “Jack [Bell] and I stood in my kitchen and he said, ‘Go about your business, go make yourself a cup of coffee,’” Copithorne says. “And then he watched me enter the kitchen, saw where I put my purse down, and observed how I moved around.”

By watching how the homeowner naturally worked in her existing space, the designer was given all the information he needed to create a space the homeowner would love. “My kitchen is so intuitive,” Copithorne says. “When I reach for things, they’re exactly where they need to be.”
For a renovation to be successful, two main factors prevail: Does it look the way the homeowner envisioned it? And, is it functional to their lifestyle? For Judy Copithorne, the answer is a resounding “yes.”

“When it comes to design, find your style and don’t be afraid to ask for it,” she says. “If you have the right contractor they’ll make it work, no matter what.”

In the end, Judy Copithorne was grateful to finally have the Tuscan kitchen she always wanted as the heart of her home. 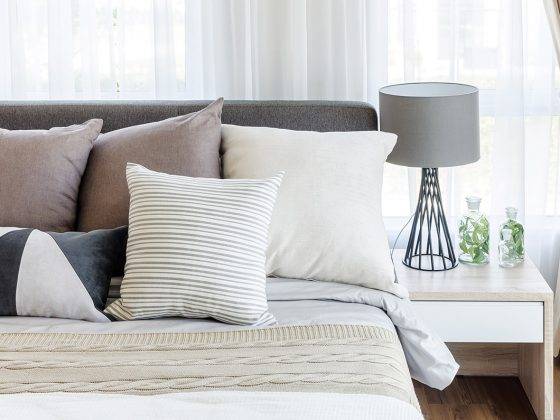 Stage Your Home for a Successful Sale 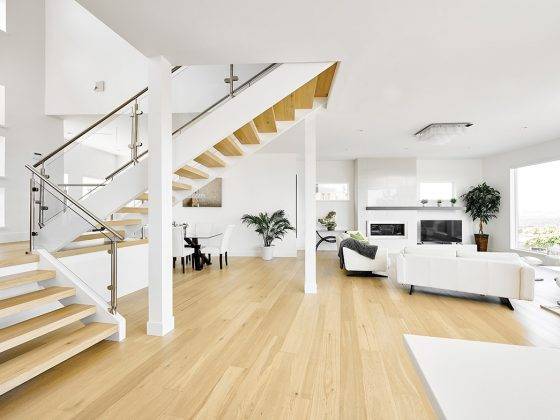