Whether geared for the casual enthusiast or devout aficionado, wine cellars are as personal as they can be elaborate, and pair perfectly as a statement room.

Wine cellars may have historically evoked images of dark wood, dimly lit hallways and rows of dusty bottles, stowed from years past. Today’s cellars, however, are nothing short of revolutionary. Housed in everything from luxury cooling rooms to temperature-controlled caves, wine is as treasured now as before. Designers and enthusiasts agree: a cellar says a lot about the person who owns it.

“People who know wine wax poetic on its qualities, and it has as much to do with capturing a moment in time and a place in the world,” says Ann Squires Ferguson, new owner of Design District Access. “What someone wants to create in a wine cellar tells us a lot about who they are as an individual and what they value.”

Squires Ferguson says the right cellar is as evocative as it is a showpiece, because most owners want these rooms not just to maintain the sanctity of their wine, but to enjoy with friends.

“The wine cellar is really a sacred place to many of these clients. It’s as close to an altar as it gets in today’s age,” she says. “Some are technically exceptional, others are almost ostentatious. The cellar really declares, ‘This is who I am.’”

Ed Geric was looking for a project to uncork during the pandemic. As president of Mike Geric Construction and a well-known wine enthusiast famous for his coveted bottles, Geric wanted to unshelve his dreams of crafting his own cellar.

He hired Studio Roslyn, an interior design firm out of Vancouver, to create a space he could enjoy with friends, clients and fellow connoisseurs. He wanted his cellar to capture the feeling one gets when walking or biking through Italy, with blue skies and rolling hills, and he achieved it with the help of strategic art pieces.

“I wanted this space to feel like a wine room, not just a drywalled area with a couple of chairs. It had to be special to me,” says Geric. “I was going for a contemporary rustic vibe, with quality surfaces like limestone and walnut.”

Geric’s cellar has a state-of-the-art cooling system, complete with a permanent probe that samples liquid temperature in one bottle — ensuring a consistent 57 degrees Fahrenheit. The custom horizontal racking displays labels, while special wine glasses, heated floors and guest jackets add comfort to the experience. With semi-precious bottles of Screaming Eagle (at $4,000 bottle) and a top-ranking $30,000 French Bordeaux, it’s little wonder Geric has put in the care.

He completed much of the work himself, from the finishing woodwork to the installation of the vino pegs.

“You can imagine it was fairly labour intensive, but I had a lot of time over COVID to do it,” he says. “It was quite fun.”

Victoria homeowner Todd Shelley discovered the inspiration for his artistic cellar during the construction of his new home. Shelley noticed the gentle undulation of Vancouver Island bedrock under the main floor, and the stone reminded him of the cave-like cold storage spaces he’d seen while living in Rome.

“The biggest challenge was actually not in construction but in convincing everyone of the vision for the finished space,” says Shelley. “It was just a rocky pocket outside the floor plan during the framing stage of the home, but the potential was undeniable.” 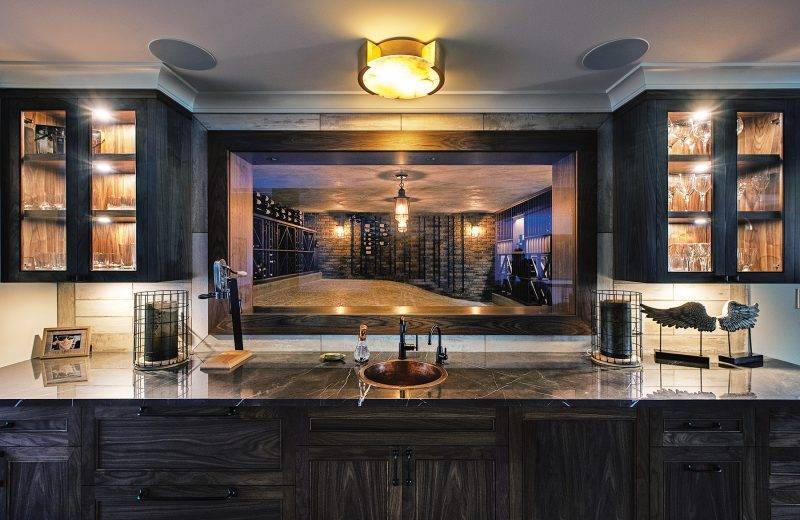 Stand-out features for Shelley’s cellar include the hand-finished, stucco-style ceiling, brick walls, an oversized iron-and-glass feature window and custom racking and chilling units by Blue Grouse Wine Cellars. There’s also a secret passage: an above-ground entry portal with a fold-down pocket ladder concealed behind a painting (and locked for safety).

“Because so many components were specialty, it took quite a while to complete, and it was only just ready by the end of the rest of the build,” says Shelley. “It was very much worth the wait.” 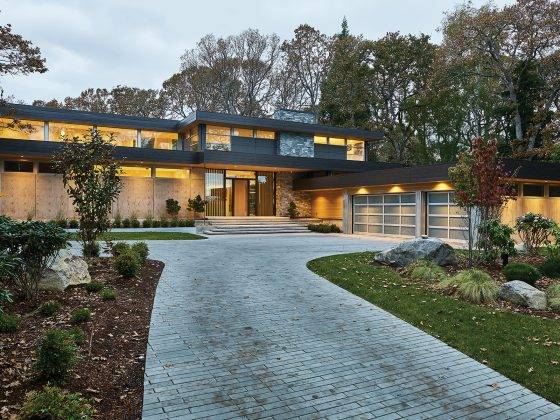 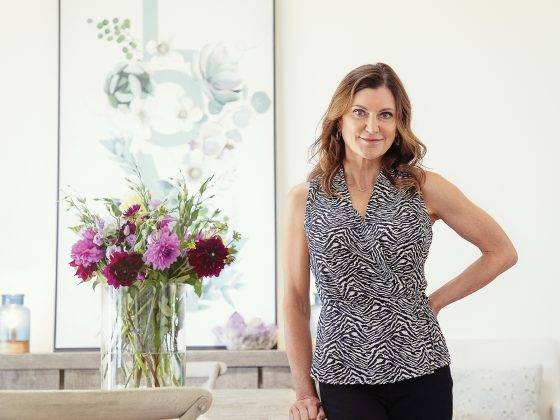 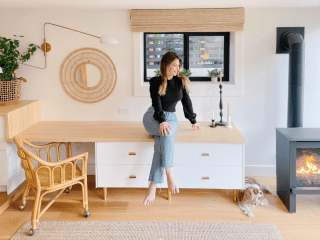 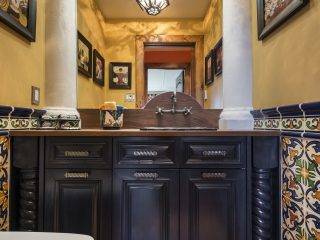 Ines Hanl, The Sky is the Limit Interior Design Concepts 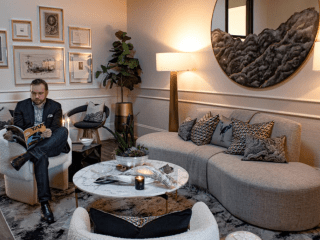 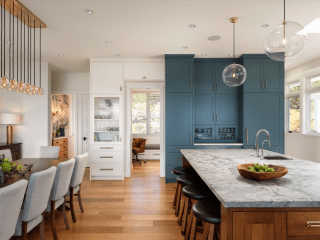 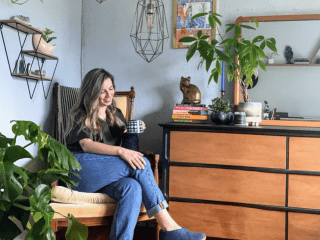 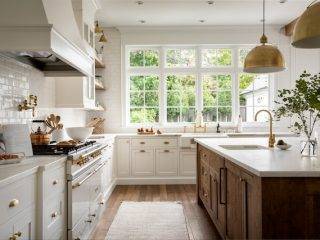